Don't Do This: Tutorials for Beginners 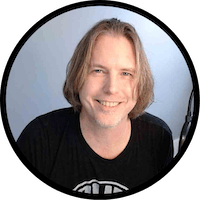 I'm not a negative person.

However, to get the point across, I felt it was necessary.

As both a father and instructor, I've learned the power of positive reinforcement and encouragement. I can provide feedback for my children and my students while being encouraging.

Unfortunately, all too often, I see comments on the hard efforts of others that are harsh and discouraging. That may not be the intent, but it is what comes across.

Harsh and condescending comments put learners on the defensive.

And the learning abruptly stops.

Before commenting or critiquing a beginner's work / project / idea / etc... Think back to when you were a beginner yourself.

How did you feel?

Are the memories you have of receiving feedback good or was it humiliating or embarrassing?

I hope you are thinking back to the responses of a good mentor who helped you along the way. Those are the lessons that are truly learned.

While you may remember humiliating or embarrassing feedback you received, we bury those memories. They stick with you, but in a bad way.

I'm thinking of this topic specifically because of some feedback I recently received in the comments section of YouTube on a beginners tutorial. While I'm not a beginner in web dev, I guess I'm in the first year of my YouTube channel, and I am a beginner in that regard. While I believe the commenter had good intentions, it really came off in the wrong way.

Starting with "Never, ever..." and continuing with a critique of my tutorial for beginners in the context of why wasn't an advanced concept like dependency injection covered along with class recommendations for a tutorial that clearly was not OOP. Well... wow, it was harsh and out of context.

After a short discussion, I could tell the feedback was given with good intentions. However, it was definitely not provided from the perspective of or in the context of a beginner.

The OP asked me to remove the comment, and we continued the discussion via email. He kindly provided more resources he recommended for future lessons and tutorials I create.

So another lesson... when someone comes across as harsh, they may not have intended to be.

Most of the tutorials I provide are for beginners, and also, often in a learning progession. They are likely part of a playlist where concepts are introduced from video to video (like chapter to chapter) and build upon each other. This is a traditional learning progression and also how textbooks are usually organized.

When someone watches a single video tutorial I have provided, I realize I may not have made this as clear as I should in the videos themselves even if I mention it in the description.

I'll work on this.

Feedback should be desired and welcomed.

And providing feedback is a great way to contribute to learning.

The wording can be the difference in making a positive impact with your feedback or a negative one.

Just think back to when you were a beginner to put things in perspective.

Thank you for joining me on this journey.